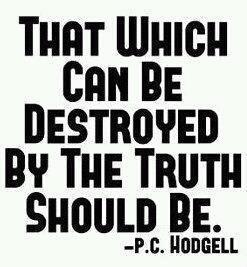 Sounds logical, right? Only to 43% of Canadians. The rest, well, would rather believe in fairy tales and imaginary friends. YES! It's true!  Take a sampling of - say - 20 people. Statistically, about 11 of them will be religious, claiming they believe the bible over science. Ask them if they would leave behind their religious beliefs if it could be proven that the earth is far older than 6,000 years (try millions...), and that we came from primates, and you'll see them stick their fingers in their ears and go "La - la - la - la..."

I see it all the time. Religious people will simply not accept hard core evidence that disproves the biblical account of creation.  People are offended by my stance, saying "But that's what you believe, you shouldn't push your beliefs onto them."  Sorry dudes and dudesses, the truth is the truth is the truth. Evidence is not a philosophy or a religion or a parlour game. It's what's in your face. It's the clothes on your back, it's the food you eat. Do you say "I believe in food"? No, you eat because it's there. You know it's there. It's evidence that you or your loved one went to the grocery store.  It's proof that farmers exist. It's proof that tractors exist that do the harvesting, and 18-wheelers deliver it to Costco, and store clerks, and... and... well, you get it.

Posted by James Hutchison at 12:47 PM