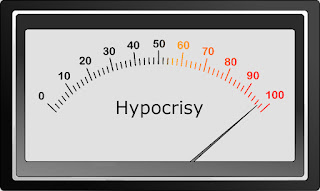 I'm amazed at the number of people I know that fall for the false dichotomy of partisan politics. While Rome burns, we all lose as we argue over such stupidity.

Conservatives want jobs at any cost by supporting coal, oil, and big business.  But - we have to adapt or die. Important example: the Saudis are slowly shifting away from fossil fuels and are now investing in solar technology, simply because the old-school resources have reached a tipping point of economic unsustainability...  Solar farms now produce power cheaper than oil, natural gas, or coal.

First time you heard this?  Stop using Fox News and Breitbart as your source for information.  Harper totally devastated the environmental policies of Canada for the sake of short-term support of the businesses that benefit from the changes he made (...and lobbied him to do so).  Think Trump and the EPA.  Extremely short-sighted, and irresponsible.

On the flip side, the Liberals have failed on a number of promises that were integral to their election platform. Pardon me while I choke: get these numbers... as of the date of this post, Justin has been in office for 544 days, and has achieved 44 of 224 promises, overtly broken 30, and hasn't started the rest. Sounds like a typical politician to me, saying what he needed to get in power. His spending practices reflect his father's approach to deficit budgeting, and has even carved out a far bigger piece of the pie than he promised.  Again, an irresponsible attitude towards the future generations that have to clean up this mess.

So, you're a Harper fan? Or a Trudeau fan?  You're a conservative die-hard that refers to the "other" party as libtards?  Or you're a hippy liberal supporter that likes Trudeau's selfies? Then you're naive and willingly ignorant of the shit they cram(med) down our throats.  So please stop this Conservative versus Liberal immature rhetoric, and join hands with those who want a sustainable future for us and our children and grandchildren, whether it's in the form of responsible budgeting, or the environment. Complain. Write letters. Be vocal. Make a stand.

If you're interested in knowing who really runs this world, look no further than the multinational banks and corporations that supply everything we own and consume.  They are the REAL puppet masters.  This web page is well worth the visit if you have the stomach:

Critical Thinking is at Risk...

The discipline of critical thinking is taking a shit kicking these days.  Just look at the latest in American politics and the religious right’s support of it.  Those who willingly lack this discipline stay at the mercy of the manipulators, controllers, and fear mongers because to them, their arguments make sense. Religion and belief in god is at the root of so much garbage. Pls read on.

(For the sake of brevity in these few paragraphs, I’ll use the word “bible” to also mean the koran and talmud... they all come from the same root Abrahamic writings.)

By the basic rules of truth, logic and philosophy, the god of the bible cannot exist. The mass of contradictions in each of the Abrahamic “holy” writings is too overwhelming for the serious inquirer to take seriously, unless they are picking and choosing what they want to believe.

See, there’s this little problem of evidence of god’s existence.  When challenged with this point, many immediately reply “Prove to me he DOESN’T exist.”  Oh please... it’s like me asking you to prove the easter bunny doesn’t exist.  Can’t do it, can you?  It’s a fundamental law of logic: you can’t prove a negative. Therefore, when all is said and done, when someone claims that god exists, I can as easily dismiss that claim due to the lack of evidence.

The burden of proof is on the person making any claim without evidence; it isn’t up to the other person to prove they’re  wrong.

An inherent and significant fallacy of any faith and religious belief is as follows: say I settled on a particular interpretation of the bible (there are thousands by necessity...)  stating mine was the right one...  have I not placed myself in a position of unquestionable authority over the bible, god, and everyone else? Yes I have.  Simple logic, because I have claimed that my “take” is right one.  I’ll agree with others that agree with me, and reject all others with differing views.  Instant logical fallacy.

Sorry, we can’t wiggle out of this one by saying there’s “your” truth, and “my” truth because THAT my friends is broken, faulty, childish logic.  Terms must be defined: there can be many interpretations,  but there can only be the ultimate undeniable, provable, untenable final truth.  Like the law of gravity.  No arguments there!

The last protest to this logic is always “It’s a mystery. We cannot know or understand the mind of god.”  Well, isn’t that convenient?  Believers use this as their last argument; their last resort to demolish any kind of challenge to their beliefs.  They pull the rug out from under us by saying they have no need to provide proof because of the nature of god... that he can make and brake rules as he sees fit.  Funny how they are experts in total non-logic, contradictory facts, and claim to be best friends with the author of this universe that has no rules. They get to make up them up as things progress.  THAT is the purest definition of total non-accountability, and is the reason why religious faith is dangerous...